We have all heard the stories, purple martins can consume their weight in mosquitoes every day, bats eat thousands of mosquitoes, "mosquito hawks" eat nothing but mosquitoes during their entire life cycle, is any of this true? As you'll see below natural predators all play a part in mosquito control, but not to the extent that would be acceptable as a viable means of control. This is true especially during times of extreme mosquito numbers (after flooding or hurricanes), and when levels of mosquitoes borne disease (such as West Nile Virus) are high.

Our list of natural killers is by no means meant to say these are the only natural predators that will eat mosquitoes. Here we'll just concentrate on the most common natural predators we see and the ones that are most commonly surrounded by false stories concerning their ability to control mosquito populations.

The fact is, there is usually no scientific data to back up the anecdotal claims that predators such as birds, dragonflies, bats, purple martins, and others consume "thousands of mosquitoes". Also what scientific data does exist is often produced from a study within a controlled environment where these predators are only offered mosquitoes, this does not take into account the opportunistic feeding nature of most natural predators.

Areas Where Natural Predators Can Prevail

There are very few instances where natural predators are quite efficient at controlling mosquito populations, although there are exceptions to the rule. Two prime examples would be canals and ponds. The reason that you do not find mosquitoes breeding in these places as often is that they are usually a permanent source of water, and as such can support a greater and varied concentration of natural predators. All of this being said, most of these predators are extremely beneficial in many other ways and should be protected and allowed a place in our urban habitat. 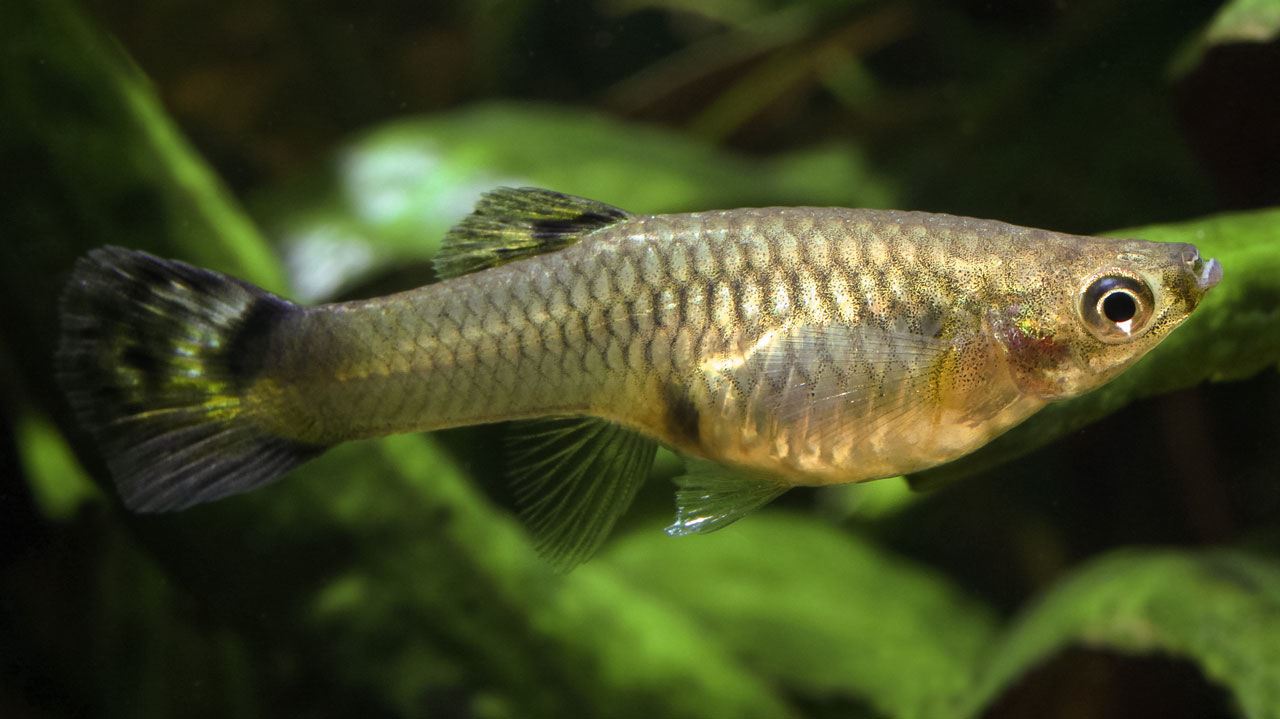 Gambusia Affinis is also known as the mosquitofish, is a live-bearing American fish that is utilized by some mosquito control districts across the country as a very effective predator of mosquito larvae. As far as natural predators go I think it can be said without hesitation that the mosquitofish is by far the most efficient natural predator of mosquitoes. Full-grown females can reach a length of up to 2.5 inches and males up to 1.5 inches. The female Gambusia Affinis can produce anywhere from 10-300 live free-swimming young per brood and can have between 3 to 6 broods per season. The mosquitofish is known to be an opportunistic and voracious predator. In certain studies, they have been shown to consume 42-167% of their body weight in various invertebrate prey including mosquito larvae per day. This species, as well as some other species of small predatory fish (such as guppies), can be quite useful in the reduction of mosquito larvae given the right conditions. 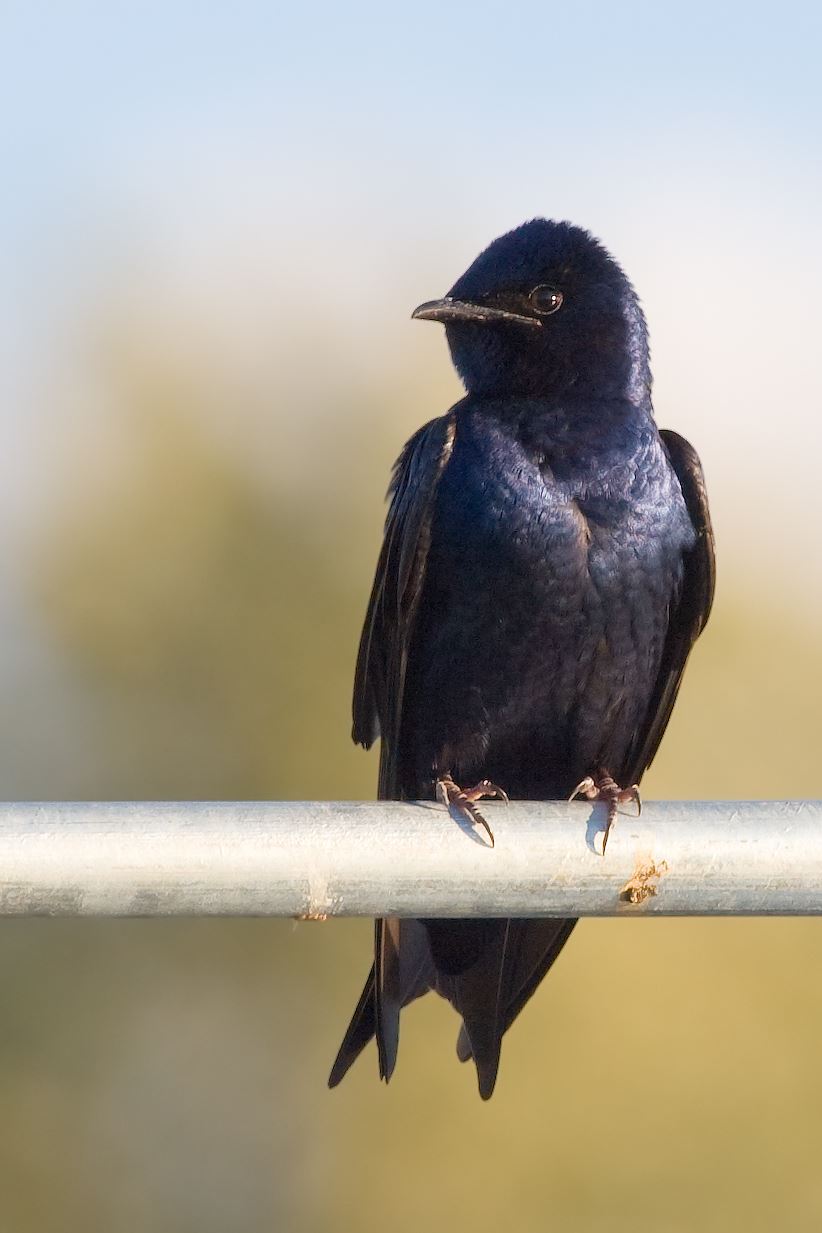 The Purple Martin is an excellent example of a natural mosquito predator who's mosquito controlling ability has often been grossly exaggerated. Yes, they will and do eat mosquitoes but nowhere near the amount that would be needed to consider them effective at controlling mosquito populations. In a quote taken from the AMCA's page titled frequently asked questions, ornithologist James Hill founder of the Purple Martin Conservation Association (PMCA) writes, "The number of mosquitoes that martins eat is extremely insignificant, and they certainly don't control them. In-depth studies have shown that mosquitoes comprise no more than 0 to 3% of the diet of martins". In fact, during daylight hours purple martins most often will feed on larger flying insects such as June bugs, moths, bees, butterflies, wasps, and unfortunately dragonflies, another natural mosquito predator. In the hours just before and after sunset is usually when mosquitoes are most active and during this time our friends the martins are usually feeding in the treetops, which puts them way above most mosquito activity. The purple martin is a beautiful bird, but like other natural predators who occasionally consume mosquitoes, they probably would rather snag a nice juicy Japanese beetle or some other large-bodied flying insect than a scrawny little mosquito. 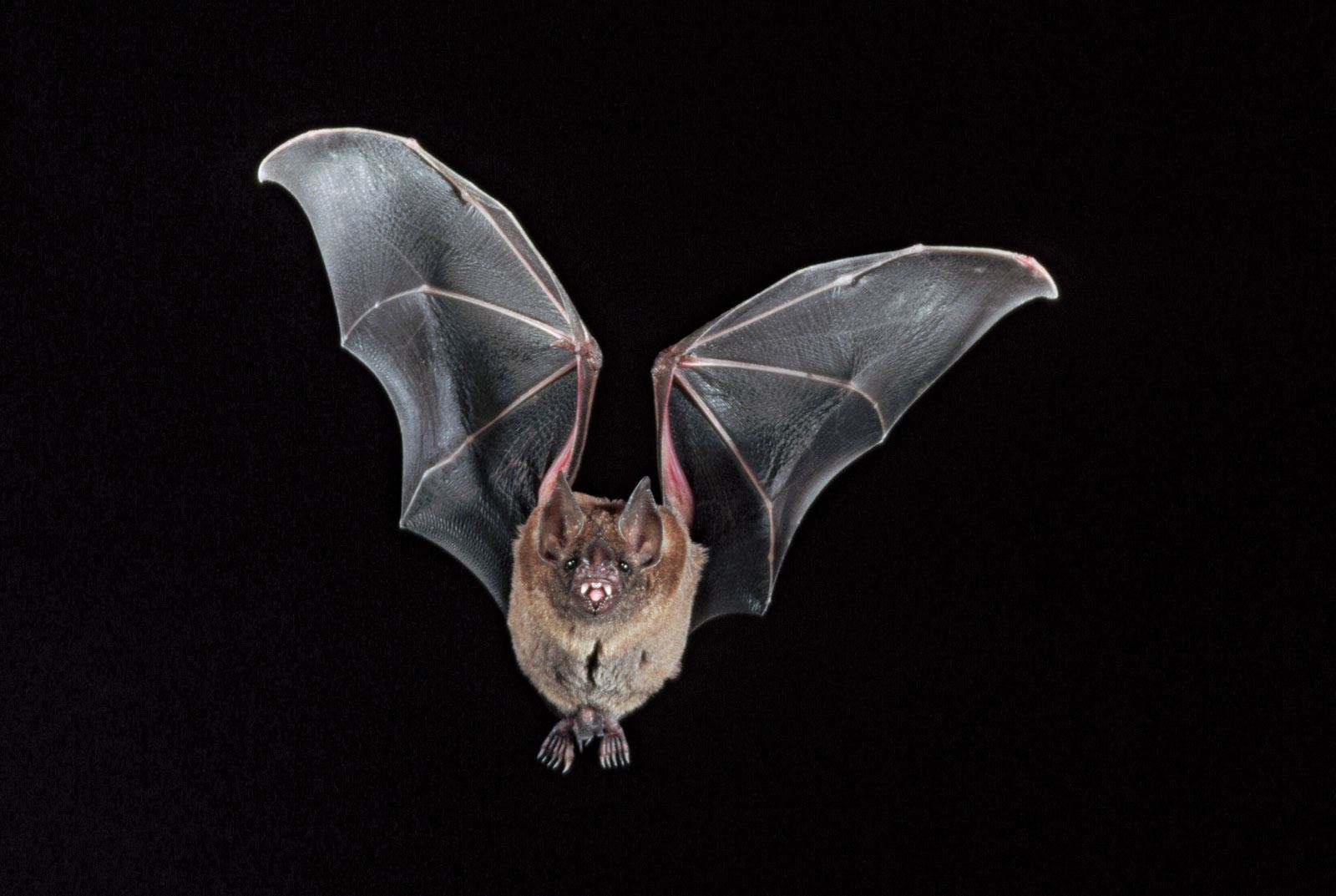 The bat is another natural predator of the mosquito that is often described as a voracious mosquito eater. In reality bats like other natural predators of the mosquito are opportunistic feeders. This basically means that they will eat whatever food source is available, and while they will eat mosquitoes they do not go out and specifically hunt just mosquitoes. In fact, studies of bats in the wild have shown that they consume mostly beetles, wasps, moths, and these same studies have shown that mosquitoes make up less than 1% of their total diet. While they are not the voracious mosquito eaters that some people claim them to be, bats are extremely beneficial little creatures. Though they have an unearned reputation as something to be feared bats do us a great service by eating a huge amount of other flying insects and consequently help to control some dangerous and harmful pest. 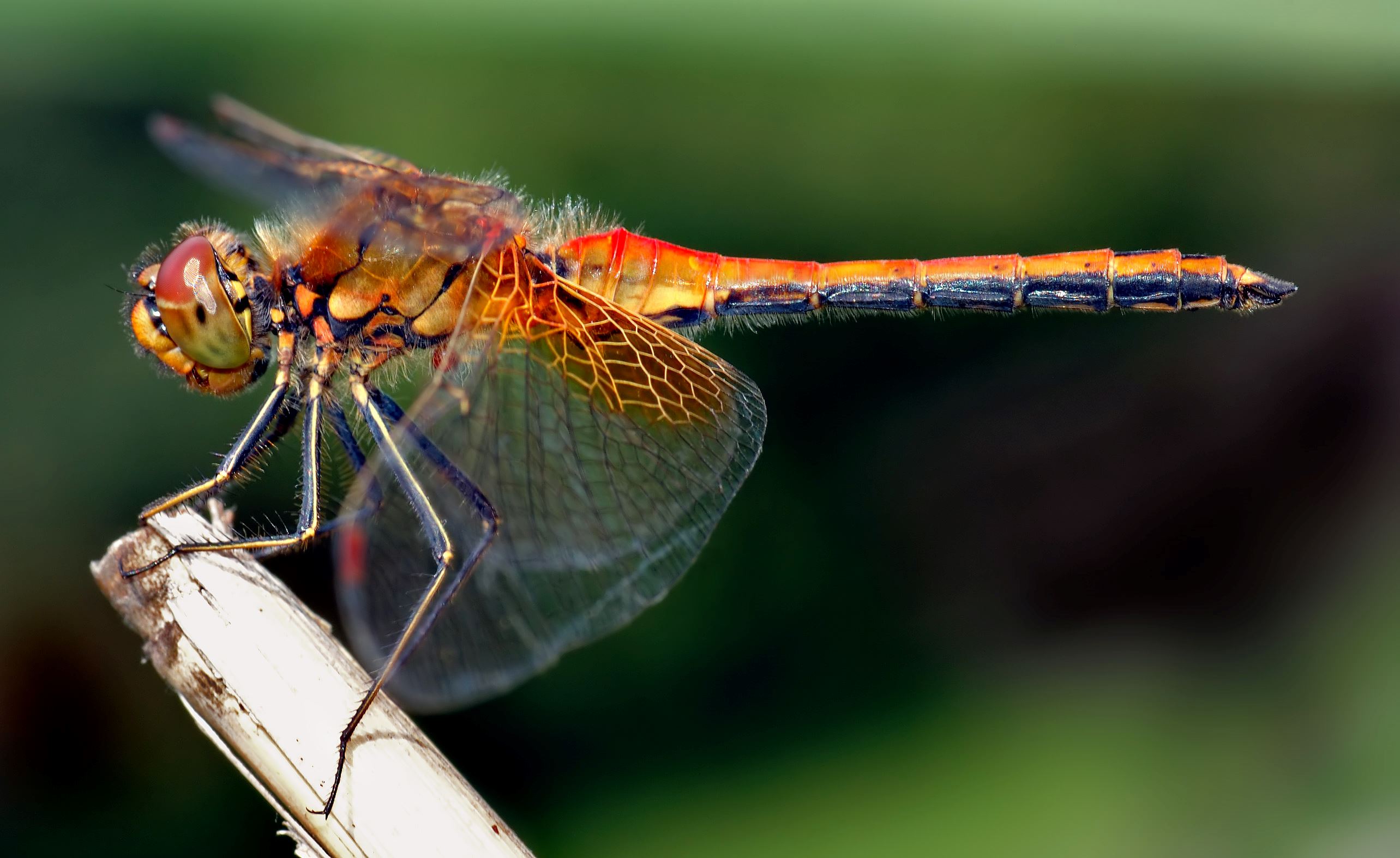 Dragonflies as well as being a natural predator of the mosquito are a fascinating and unique group of insects. Dragonflies are often referred to as "mosquito hawks" for their supposed ability to kill thousands of mosquitoes. Though they do consume their fair share of mosquitoes, dragonflies like most natural predators of mosquitoes do not consume enough mosquitoes to cause a significant impact on mosquito populations in the wild. However, one thing that makes the dragonfly a better predator than most is the fact that in the aquatic larval stage one of their food sources is mosquito larvae. Actually, it is during this stage (which can last up to six years) that they will do their most damage to mosquito populations, the reason being that as adults they typically like to feed during the day which is when most mosquitoes are hiding in bushes and timberlines. These dragonfly naiads as they are called are voracious and bold little predators and will take on almost any aquatic animal including other naiads. 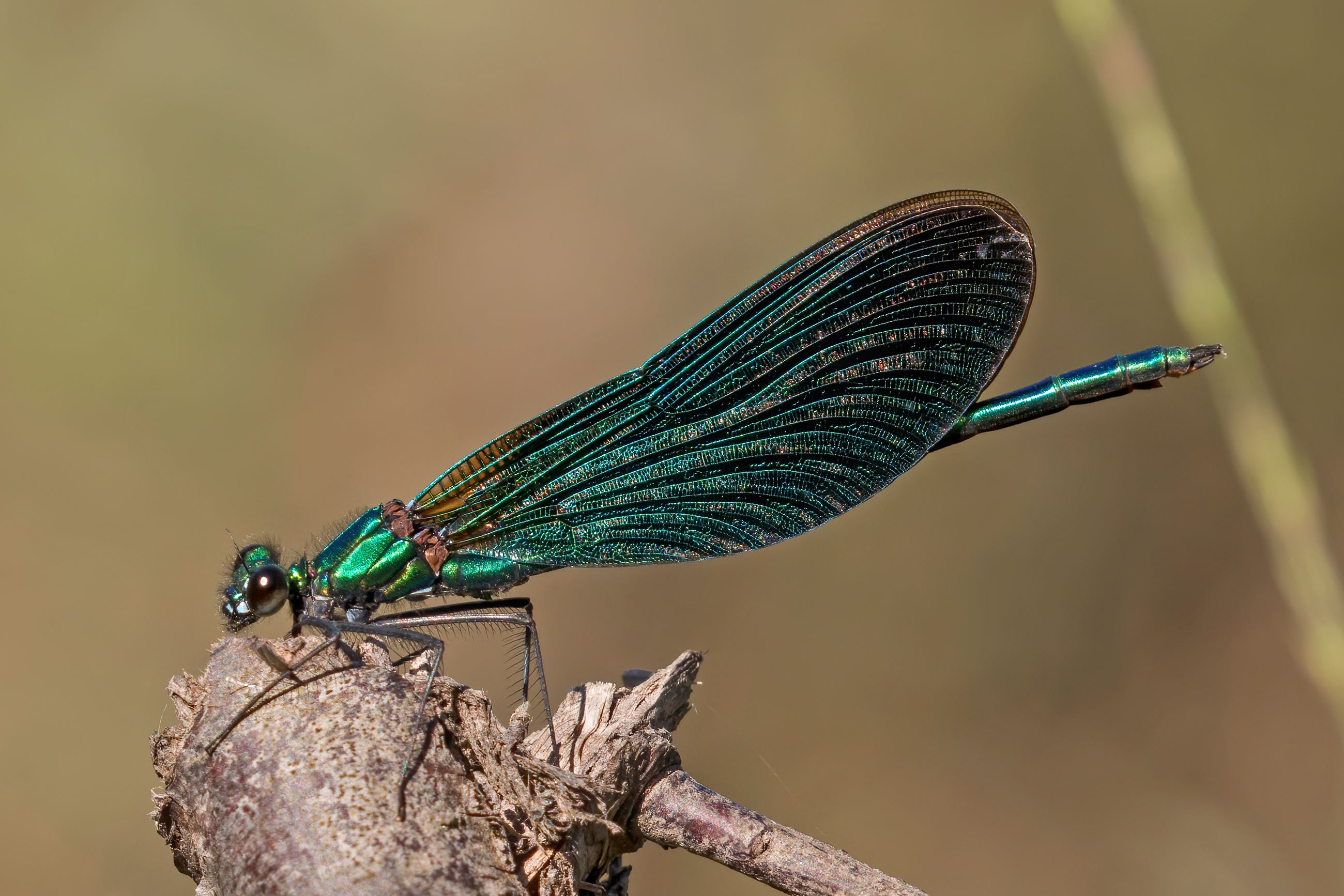 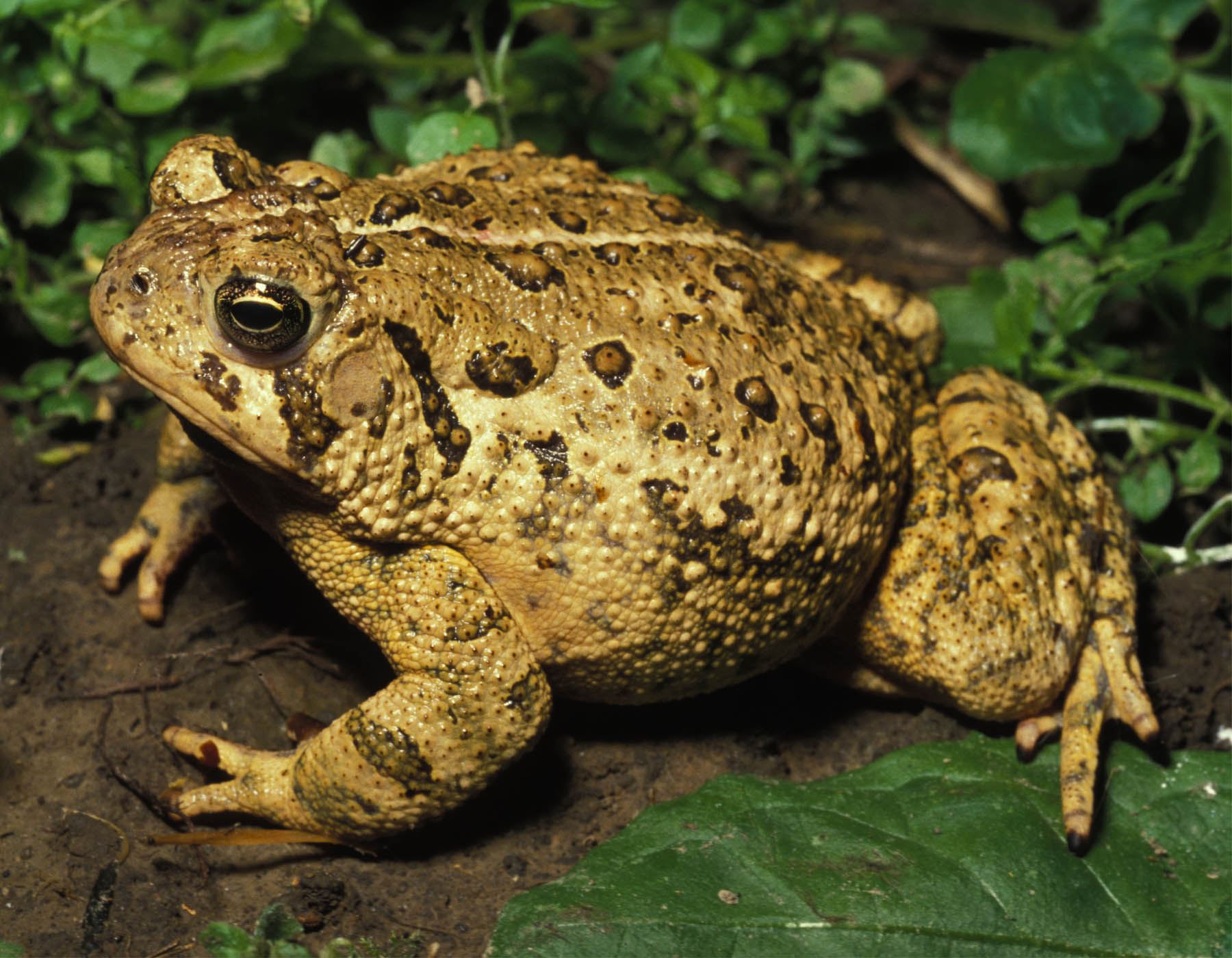 Frogs, toads, and their young called tadpoles are often touted as excellent for mosquito control. In reality, while they do consume their fair share once again it is not enough to seriously put a dent in vast mosquito populations. When frogs and toads do consume mosquitoes it is usually after they have transformed from tadpole to adult. Tadpoles are mostly herbivorous and usually feed on algae and plants, although some larger species will occasionally prey on mosquito larvae. Although they are not the mosquito vacuum cleaners we want them to be, frogs are extremely beneficial little creatures and are usually a measuring stick for a healthy environment.