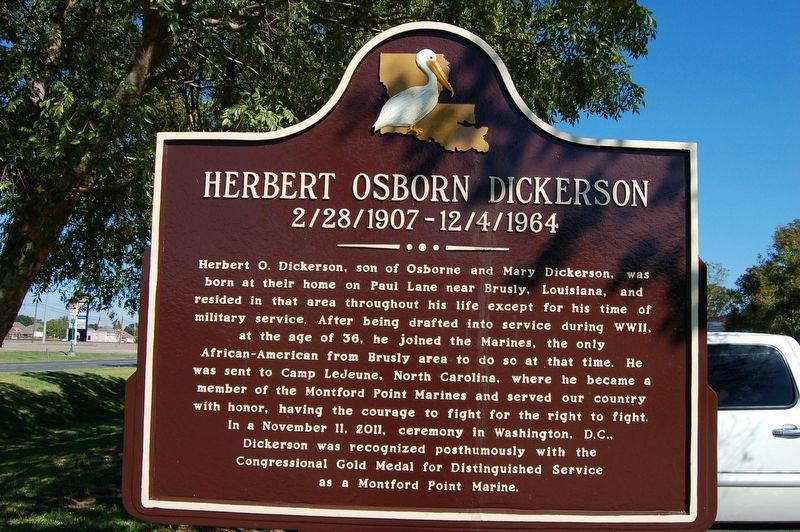 Herbert O. Dickerson, son of Osborne and Mary Dickerson, was born at their home on Paul Lane near Brusly, Louisiana, and raised in that area throughout his life except for his time of military service. After being drafted into the service during WWII, at the age of 36, he joined the Marines, the only African-American from Brusly area to do so at the time. He was sent to Camp LeJeune, North Carolina, where he became a member of the Montford Point Marines and served our country with honor, having the courage to fight for the right to fight.

In a November 11, 2011, ceremony in Washington, D.C., Dickerson was recognized posthumously with the Congressional Gold Medal for Distinguished Service as a Montford Point Marine